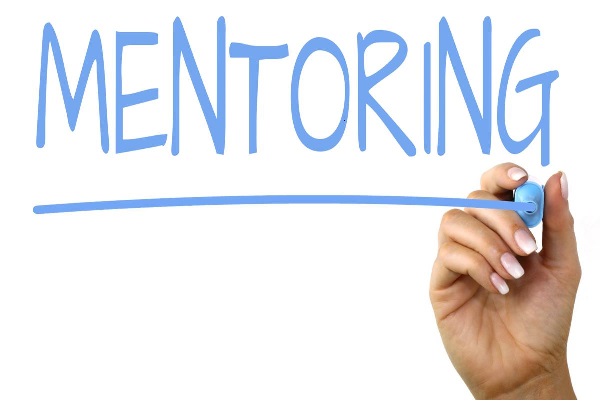 The following is an article prepared for the National Probation Service Newsletter on the value of Mentoring.

When Wendy first volunteered to be a mentor for the Probation Service she wasn’t really sure that this was what she wanted to do. ‘I wanted to utilise my skills as a trained and accredited Life Coach and NLP Practitioner in a voluntary capacity, but wasn’t convinced that the Probation sector was really the right place. As I got more involved in the mentor training, I became increasingly aware that my work could be quite challenging and frustrating, but ultimately it could also be very rewarding’.

Working with Tracey proved to be just that. Although initially challenging, watching Tracey’s growth and development as a person has been a very rewarding experience. She has gone from someone who believed she was capable of nothing, and that the whole world was against her, to someone who has not only achieved the equivalent of a GCSE qualification, but now has a real ‘thirst’ for life and is on the 4th level of an IT course. She is enjoying the rewards of better communication and increased confidence and self-esteem.

Wendy says, ‘I believe that everyone has potential, but finding and nurturing that potential can be a difficult task, unless you have someone you believes in you, listens to you and supports and motivates you on your journey’.

The following is a fantastic testament to the powers of coaching/mentoring and how it can be of great benefit in helping to reduce the percentage of re-offenders. Here is Tracey’s story:

‘My name is Tracey and I am 40 years old. I am on probation for refusing to ensure the attendance of 3 of my children in school. At the point when Wendy entered my life, I had been on anti-depressants from the age of 17 and had suffered with agoraphobia for years. My lounge curtains had not been opened for 2 years and I only did my shopping at the supermarket in the middle of the night. Other than that, I did not go out of the house and my children had to ring me to let me know what time they would be at the front door, so I could open it to let them in, and then lock it again!

I was angry, confrontational, aggressive, and totally uncommunicative with almost everyone I was involved with. The Education authorities, Barnardos, Probation – they were all out to ‘get me’ as far as I was concerned. I put up barriers and no-one could get past them. I deliberately set about upsetting people, to try and stop them communicating with me – I just wanted them to leave me alone.

I never got involved in stuff to do with my children’s education and I certainly never attended Parent’s Evening’s or helped out with homework. I actually encouraged my kid’s not to do their homework and even not to attend school. When they got detentions I would ring up the school and ‘rant and rave’ at the teachers for giving my kids detentions and there was no way that they would be attending them. My kids learned from my example – they became aggressive and confrontational and found themselves in trouble.

That was before I met my mentor Wendy…

Another part of my ‘Order’ was that I had to undertake a ‘Literacy Skills’ Test, which I didn’t want to do. I had never had a qualification for anything in my whole life, and was convinced that I wouldn’t be able to do it and would fail! I would also have to attend a Learn Direct Centre, where there would be lots of people and big open spaces – I just couldn’t do it. So, again, I put up the barriers and almost refused to do it. Wendy tried her best to encourage me by offering to take me to the Learning Centre and staying with me whilst I did the test, but I was still being obstructive – I just didn’t see why I had to do it!

One day, Wendy explained that I had ‘no choice’ about my ‘order’, but I did have a choice as to how I complied with it. I could comply the easy way, with much to gain, or I could comply the difficult way, and probably end up back in Court!

That was the turning point and I decided that with Wendy’s support, I would at least try to go along to the Centre and attempt to do the test.

I had never sat in front of a computer before and felt sick and anxious. Wendy’s re-assurance and calming influence helped me through it and I was completely surprised by how well I felt I had done. This was confirmed when I got the news that I had passed ‘with flying colours’ and my qualification was the equivalent of a GCSE – My first ever qualification and I had a certificate to prove it!! I felt overwhelmed and proud and my belief in myself started to grow.

Over the next few months, through working with Wendy, I have become aware of my behaviour and how it affects others. Wendy never judges me or tells me what to do, but she listens and asks questions that really make me think, and that makes me feel like I’m important – no-one has ever done that before. She is really interested in helping me to develop myself. Although she is supportive and understanding, she doesn’t let me use my past as an excuse for not doing something now.

I have learned that I can put my thoughts and feelings across in a constructive way rather than an aggressive one. She has encouraged me to be open and honest about how I feel and not put up barriers. Communication is very important, and if people don’t know how you feel, then they can’t help you. Equally, if I’m not willing to listen to others, then that doesn’t help either. I’ve now learned the art of 2 way communication and listening to both sides of a story.

Through the mentoring I was encouraged into a good relationship with my Probation Officer, who was also a great supporter of my achievements.

My children are now back in school and doing really well and I am working with the teachers and Education authorities to ensure that this continues.

I have really good relationships with my children too. My new- found confidence has enabled me to communicate with them like I never have before. They are always commenting on the difference in me, and how I react differently in situations now. I help them with their homework (even if I don’t understand it, at least I try), and they are helping me with my new IT course. We have had a few family trips out together, which we never did before, and I even went to the circus.

I am having better relationships with almost everyone now, and at the time of writing this, I have been off the anti-depressants for 4 months.

I know I still have a long way to go, but I feel excited about the future now. I have proved to myself that I am capable of much more than I thought I was, and that was because someone else believed in me. Wendy saw potential in me where I didn’t, and I’m so glad that she ‘stuck in there’ and didn’t give up on me, because without a doubt, I would not be where I am today. Mentoring has given me back my life.’Tracey’s ultimate goal is to get a job, and she is working well towards achieving that goal. I have no doubt that with her continued enthusiasm and willingness to learn, she will fulfil that goalWendy Glassock